This is the fourth in an 8 part series on “The Streetcar”.

If you haven’t been following, I’ve said so far that the plans for the streetcar were developed out of a stated need for “economic development”, that that desire led to a route that will be substantially less than ideal as actual transportation1, and that if it’s not good as transportation, it’s not even really achieving it’s own stated oddly-not-transportation-related goal.

The streetcar is to be a symbol of sorts, like a diamond ring or a six-inch heel. It’s a statement to the world that we’re loved, or at least…kinda sexy. Or maybe just feeling a little spunky. Like either of those things, it wouldn’t actually be very useful. Not great for walking around and…well I guess rings don’t really do anything at all do they? 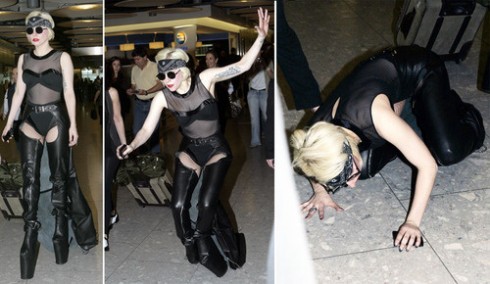 Symbols can be clumsy.

Symbols are important to people. Look at weddings, and the fashion industry, and fine artists. We’re not about to give these things up.

There’s a very expensive photographer dangling from a rope with 5 flash units because symbols are important to their relationship.

For many advocates, the streetcar will be a sign that Cincinnati has arrived on a sort of (off-broadway) world stage. We will have made it, and we’ll even have the fancy ‘car to prove it.

In lists of American cities that make the rounds every once in a while, we’ll be bumped up into a new category for having “new multi-modal transit”…

This map doesn’t make even a tiny bit of sense, but it’s pretty and people care about that.

…and New Urbanists flocking to their vacations in OTR will snap lots of instagrams of the pretty new streetcar and self-righteously proclaim that the urban renaissance is well underway in the midwest. Then they’ll hop back on the Megabus and visit the Highline, Portland, Austin, the pedestrian reclamation of Broadway, and the inimitable Seattle SLUT.

There’s little doubting that the story of the streetcar is a powerful one full of rail-based puns and strong emotions. Twice brought to the brink of destruction by ballot initiatives, the advocates redoubled their passionate exploration of the streetcar’s potential glories and saved the day at the last minute. Twice.2

Almost derailed3 by endless funding retractions, Duke’s tedious dissembling, and the laughably malinformed “choo-choo train” straw-people4, the advocates saved the day time and time again, proving almost for certain this time that Cincinnati is a world class city, and it’s liberal advocates of walkable urbanity a righteous jewel in it’s growing crown. It’s important that they win this fight. From a comment on an earlier post:

“… This is intended to signal the city’s committment to OTR and cement a progressive political coalition in Cincinnati. Given the war on Cincinnati by those outside its borders, this alone is worth the cost. Much of the development happening in OTR now wouldn’t be happening without the streetcars plan. New Yorkers may make such careful calculations of their public transit use, but Cincinnatians don’t and won’t. This is about economic development, not transportation. Your analysis is interesting but beside the point in Cincinnati.”

There are some questionable ideas in there, but if you’ve been in Cincinnati long enough, you’ll have noticed a powerfully resonant one too: The sometimes doomed struggle against Cincinnati’s exceptional conservatism. That’s a battle worth fighting, even if it’s ultimately only in our minds. 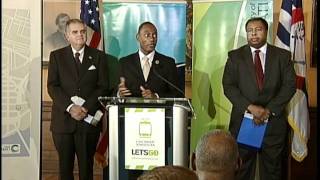 The mayor and most of city council have taken strong stands on the streetcar to make this point. It’s important for politicians to make symbols of complex projects so people can relate to them and make emotional sense of what’s going on. National economics and tax policy is too complex to personally relate too or understand, so the president leans on tropes like “middle class families” and vague words like “support” to help us imagine a smaller world of relatable characters and (literally)familiar concepts. Even if misguided, the streetcar started as a more academic and well reasoned proposal but over time, through the filter of political speech it became a symbol and a promise to fight the unreasoned conservatism of our regional id.

Having made that promise, the politicians would look pretty dumb now if they changed their minds. The streetcar has become a political litmus test in Cincinnati, a cultural dividing line. We’ve all backed into corners and put our pride on the tracks here. It’s important this project keeps chugging along. I mean, really, it’d be embarrassing if we had to take these signs down now.

I say that half jokingly, but seriously, ask someone who cares about Cincinnati’s history of planned but never realized projects and see how they would feel if this one never happened either.

That’s it’s emotional importance to those of us closely following the streetcar’s rocky development at least, but the streetcar wants to be so much more than that. If you’ve been listening at all, you’ll have heard someone talking about the importance of “permanence”, and the value of “permanent” rail and “signalling permanence” to developers. The implication of course is that buses are squirrelly and capricious. I think I’ve already pretty thoroughly debunked this idea, but let’s give it a quick shakedown: We have more than 200 miles of abandoned passenger-carrying rail lines in this city right now. You can literally see them in the streets rusting. Here’s a picture of some:

Where is your rail tansit now, Cincinnati?

They weren’t permanent, and there won’t be anything different this time. But again, if you want more on that, read the other post. But for the sake of argument, let’s say that steel rails represent permanence and stability. That’s definitely a big justification for the project, and a lot of talk is based on the premise that the permanence of rail is necessary for economic development.

The City of Cincinnati is making a statement to Over-The-Rhine that it cares about it’s future, that it’s OK and even encouraged to set up camp in OTR,  that it’s willing to obligate itself financially to OTR and get behind others who want to invest there. Actually, most people will agree that this is the sort of thing a democratic government should do5. In a free and partly capitalist society like ours, arguably the biggest part of government’s job is done by simply providing a safe, stable platform for for the exercise of our reasonable personal freedoms and caprices. That’s why we have police and the military6. It’s why we have checks and balances that slow down change, and it’s why we had a financial bailout to avoid rapid change.

Stability is key because if something isn’t stable or at least seen as stable, people won’t put time and energy into it. Why paste up wallpaper if you aren’t sure you won’t be evicted tomorrow? Why go on another date if he might move to Chicago next week? Why invest in a neighborhood if you aren’t confident that other people and institutions are already doing the same?

I don’t want anyone to think that I’m against the changes in Over-the-Rhine or that I think the City should be focusing it’s efforts elsewhere. Downtown and Over-the-Rhine are literally and figuratively the center of the whole region. They alone among the city’s neighborhoods stand the best chance of helping to bring about a real urban renaissance that so many people, including myself, are rooting for. They’re most rightly the place where the City should plant it’s foot symbolically in the freshly turned dirt of a construction site and say “HERE! Here together we build a future!” That’s just what the City is actually doing and it seems to be doing it quite effectively. As the commenter from before noted, the ploy appears already to be working. I’ve only lived in the city for 5 or 6 years, but the changes I’ve seen in OTR have been simply incredible. I was out for new year’s eve and all the bars on Main St north of Central had lines going forty feet out the door. People in high heels and skimpy dresses were waiting in the drizzly snow for more than twenty minutes to get into clubs in the City’s hippest neighborhood. I remember when I came to Cincinnati for the first time my mother nervously rolled up the car’s windows as we drove down Vine.

Over-the-Rhine has taken off, in large part due to the City’s massive investment in 3CDC, Washington Park, buried powerlines, pretty brick pavers, and a highly focused(and costly) effort by the police.

Mostly, it’s taken off because people wanted it to, and because the cultural time is just right for it. Young people everywhere are moving into dense neighborhoods, driving less, and looking for community in new ways. Many people, for the first time in a generation or two, want apartments and condos more than picket fences and station-wagons. These people have been the driving force behind the streetcar’s political success, and if they’re still in the minority, they’re an increasingly important one. Over-the-Rhine has 8,000 friends on facebook, more than the neighborhood’s population a few years ago and more than enough to swing any City election. At least two councilmembers and the director of the City Department of Transportation actually live in OTR.

The public debate about the streetcar over the last few years has made it pretty obvious to most people that the City, and more importantly, the community is officially pretty interested in Over-the-Rhine’s stable future. Development is galloping along and it looks pretty certain that another race riot just isn’t going to happen there any time soon.

And so I wonder, with all the success, all the momentum, and the clarity of the City’s and community’s intentions for long-term development, is the symbol of permanent investment that the streetcar is supposed to be…even really necessary any more? If our goal was to signal a permanent willingness to fight for the neighborhood’s success and to signal a stable place for investment, have we already accomplished the goal just by visibly fighting so damn hard for such a silly project? Is OTR not now somewhat obviously stably developing, supported by major institutions, and by the community?

That’s a lot of people.

And if you haven’t thought of the question yourself yet: Is a $100,000,000.00 transit project really even an appropriate way to symbolically signal a city’s intention to redevelop an area? If it were actually to be a major transportation improvement, that wouldn’t be a question because it wouldn’t just be a symbol.

The streetcar is a symbol, one that’s socially and politically important. It’s spent the last five years accruing meaning as people invest more and more time and emotional energy in defending the project. The city has collectively invested too much for this to be a complete failure, but also too much I’m afraid to change the project enough now that it can be a success. That’s too bad because there’s a lot better we could have done with all that effort and money even if, after all, we only wanted something to show ourselves that we’re not alone in our ambitions for Cincinnati, to show the world that we’re worthy of the admiration we feel for our fair Queen City.

13 responses to “The Streetcar – 4 – Symbolic Transit”